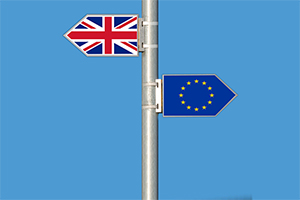 Brexit has left many Britons with an air of uncertainty surrounding things where we have previously used products, labour or skills from other countries within Europe. The medical industry is no different, so it is important to help patients understand what, if anything, the effect that leaving the EU will have on their medical requirements.

Although some EU laws have received a bad press, others have been welcomed and the UK has benefitted from some legislation passed in EU courts. Regulation of medical ‘devices’ is one such law whereby revisions have been made that provide UK patients with a higher degree of safety than before it was amended. The law governing medical devices now places a higher level of regulation upon a vast range of items. ‘Devices’ in this sense is a broad term covering a wide variety of things which are given to patients to benefit from their health. This ranges from smaller items such as plasters, contact lenses and pregnancy tests, to high value items such as hip replacements, x-ray machines and pacemakers.

The aim of these enhanced regulations is to ensure a consistency with safety testing so that all EU citizens can be reassured regarding the medical devices they use or are fitted with. It also encourages ‘free and fair trade of the products throughout the EU’; meaning components are readily available from trusted suppliers.

These changes have been come about because of cases whereby non-regulated components have been used in devices such as breast implants and hip replacements, and the revised laws are designed to ensure this does not happen again.

Breast implants made by the company PIP are a well-known example of where old legislation failed the consumer. PIP manufactured its own silicone, rather than use the more expensive medically-approved silicone. The result was that thousands of women in the UK received implements containing potentially harmful chemicals, many of whom have had to have their implants removed or replaced as a result.

The same is true for hip replacements. A company called 3M fell foul of using components that were not as heavily regulated as they should have been. During the 1990’s they produced a copy of the widely used Charnley hip, which performed very badly and was more likely to come loose and need further re-work, compared with more rigorously tested alternatives. DePuy Orthopaedics developed a metal-on-metal joint replacement called an Articular Surface Replacement (ASR) which contained components that had not undergone the rigorous medical testing they should have done. The result here was that tiny fragments wore off the synthetic joint and entered the surrounding muscle and tissue, some even entered the bloodstream.

The UK also has a National Joint Registry (NJR) and something called Beyond Compliance. The NJR records all hips implanted in England and Wales and identifies when they require revision, allowing surgeons to distinguish between different implants and choose designs with a low failure rate. Beyond Compliance allows new designs which are developed to be monitored before general release. Newly developed hip replacement implants are implanted in a controlled manner by selected centres, before general release. Beyond Compliance is “a service to support the safe and stepwise introduction of new or modified implantable medical devices.”

For patients who wish to undergo a hip replacement, be reassured that orthopaedic surgeons such as Mr Simon Bridle only operate using devices that have undergone the comprehensive medical testing required before these products are released to the EU marketplace. This will continue to be the case, regardless of the UK’s status within the EU.