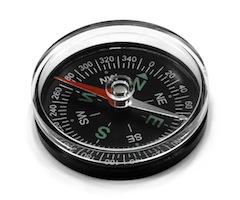 If you’re considering a joint replacement it is important to understand what will be happening to your joint and what the old bone joint will be replaced with. By understanding the different options available you can make a fully informed decision about which option is best for you.

The bearing is the moving part and in an artificial joint this will inevitably produce debris, which over time can damage the tissues and cause the hip to loosen. Younger patients will tend to be more active and this can increase the amount of debris being produced, which will build up over time.

A lot of effort has gone into developing bearings which are more wear resistant, which will hopefully last longer. For younger patients, Mr Bridle suggests the choice is between “ceramic on ceramic” and “ceramic on polyethylene” replacement joints. Both these combinations allow patients to get back to high levels of physical activity if they want to.

Ceramic on ceramic joint replacements are very hard and very smooth, which means that they are a very durable, wear resistant material, with very little friction, allowing a degree of lubrication between the moving parts. Concerns about ceramic on ceramic bearings include the risk of fracture of the material, which can be disastrous (albeit this is a very small risk), along with occasional reports of the joint squeaking, which can be quite disconcerting! Ceramic on ceramic is the most expensive bearing option.

Polyethylene has been used as a bearing in hip replacements for many years. Great efforts have gone into improving this material over the years, as we realised that this was an important source of wear debris, causing hip replacements to fail. Modern polyethylene is far more wear resistant, as we have found ways to make it more durable. In addition polyethylene acts as a ‘shock absorber’ far better than ceramic.

A ceramic on polyethylene bearing combines the advantages of ceramic, which is used for the head component (ball), with those of polyethylene which is used for the socket. Mr Bridle recommends this combination for most of his patients. Testing these bearings in the lab has shown an extremely low wear rate and recent publications confirm that this is reproduced in patients who have had these bearings implanted. We are optimistic that this combination will last just as long as the alternatives, with none of the possible complications.

Factors such as the age and weight of the patient will need to be discussed and considered, as will the type of lifestyle. These are all important to consider when selecting the most appropriate material for any replacement joint. If you are experiencing joint pain and are considering surgical options, book an appointment today to speak to Mr Bridle so that you can begin exploring different options sooner rather than later.

When opting for any form of surgery one of the first questions patients will need to understand is how long the operation will last for. It is an important consideration when weighing up the pros and cons of whether or not to opt for a surgical solution to the problem you’re suffering with, as redoing the hip is a very major operation.

Hip replacements are done in patients of all age groups and increasingly in younger patients, so knowing how long the hip will last is a major factor in deciding whether to have an operation.

Hip replacements have been practiced by surgeons for decades, so there is a lot of data available to help answer this question. Hip replacements were first performed in the UK back in the 1960s, and due to its success rate this has become a very popular operation. In England and Wales there are now approximately 160,000 total hip and knee replacements performed each year.

According to the results of a 40-year observational study of patients at the Mayo Clinic in the USA who have had their hips replaced, looking at 2000 patient cases, the hip failed and required revision in only 13% of these.

This varies somewhat by the age of the patient, so the report helpfully breaks this down by age group to give a clearer indication of how this differs by age:

It is an important conclusion that the majority of patients, even in the younger age group will never need another operation on their hip.

The other consideration is that owing to the continued practice of this operation, hip replacements are getting better and more effective over time. A hip replacement operation performed now will benefit from greater knowledge and understanding of surgeons now, compared with one undertaken 40 years ago, so modern hip are likely to do even better than these figures.

Joint replacement specialist Simon Bridle favours the “Exeter femoral stem” model of hip replacements, which are collarless polished tapered cemented hip stems, first developed at the University of Exeter. At the time of its design, scientists were grappling with how to best fix the stem to the bone.

Because the Exeter design is polished and collarless, it allows very good transfer of stress from the stem to the cement and this means that the bone is loaded and the cement is protected and allowed to last for a long time.

The authors of another Bone and Joint Journal article found that 99% of the stems were still well fixed and working at 22.8 years from the replacement. They look at the X rays and found that a “radiological review showed excellent preservation of bone stock at 20 to 25 years, and no impending failures of the stem.”

In summary, the approach of conducting total hip replacements using an Exeter stem is one that has been trusted by experts such as Mr Bridle for many years and patients can have confidence in this approach. For more information or to book an appointment, please contact us. 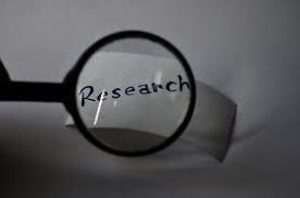 Two studies on the effects of joint replacement have hit the news recently – one, from the University of Oxford, examined the long term benefits and limitations of knee replacement surgery.

The second study, which gained a lot of media coverage, came from the University of East Anglia and looked at activity levels in patients before and up to one year after hip replacement surgery.

Studies like these are very useful to help improve the practice of orthopaedic surgeons, such as London hip and knee surgeon Mr Simon Bridle, but there is often a danger when they are reported in the mainstream press that the results can be taken out of context.

Here, we will look at each of these studies objectively and examine the results in more detail.

This piece of research has not received much general press coverage, but was reported by Arthritis Research UK, who have provided a neat summary of the results for patients.

The study looked at the long term benefits of knee replacement surgery, as well as investigating factors that can affect the effectiveness of treatment. A group of 1,980 people receiving total knee replacement surgery were assessed by the research team both before the procedure and again ten years post op, to find out more about their individual outcomes.

Researchers found that both pain and function of the knee joint improved over the ten-year period, although pain significantly more so, showing that while knee replacement surgery is shown to be effective in relieving knee pain, the less satisfactory functional results suggest that improvements in implant design and surgical techniques will further improve results.

A number of factors were identified which were associated with less good results. Patients who are overweight and who have had previous operations on their knee tend to do less well other patients.

Consultant hip and knee surgeon Simon Bridle welcomes studies such as these, which allow him to give more accurate information to patients considering knee replacement surgery, as well as providing a catalyst for the improvement of surgical techniques and technology.

This study, conducted by researchers from the University of East Anglia, is equally useful to orthopaedic surgeons like Mr Bridle. Unfortunately, however, media coverage such as this piece in the Sun has misled the general public and caused concern amongst many hip replacement patients.

The study itself looked at the activity levels of patients, both before and up to one year after hip replacement surgery. Rather than researchers assessing patients themselves, this paper was a review of 17 different studies on the subject, carried out between 1976 and 2016.

Having analysed the results of all the different studies, researchers found that there was “no significant statistical difference in physical activity levels before and up to one year after unilateral primary total hip replacement.”
Does this mean hip replacement doesn’t work?

Articles like the one in The Sun have claimed that the study shows that hip replacement surgery is unnecessary. However, it is always important to analyse all aspects of a study.

“Joint replacement surgery offers significant benefits – getting patients back to their chosen lifestyle sooner, free from pain and with improved mobility. Of 91,760 patients surveyed in 2013, 92% described themselves as being either ‘excellent’, ‘very good’ or ‘good’ six months after surgery.
“The main reason for doing hip replacement is to improve pain and there is overwhelming evidence that hip replacement is a wonderful success at improving pain dramatically for the vast majority of patients.”
Mr Porter goes on to say that the overwhelming majority of hip replacement patients report a marked improvement in functionality after the procedure, something that is reflected in Mr Bridle’s own London hip replacement clinic.

To find out more about how hip replacement surgery could improve your hip problems, contact us to book a consultation with Mr Bridle.

Maps were disabled by the visitor on this site.
Scroll to top