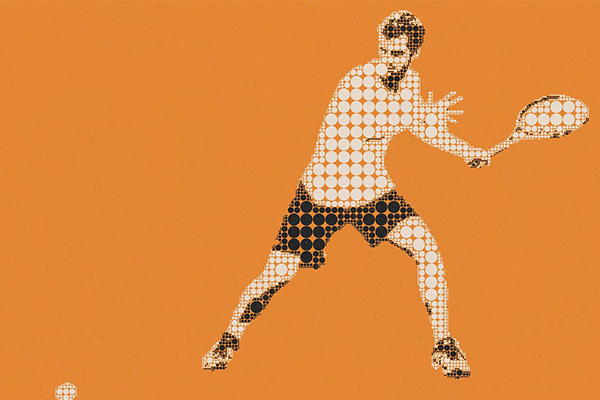 Tennis fans have been nervously watching Andy Murray’s progress in recent months, as he has battled with a recurring hip injury which may result in him needing surgery. Based on Murray’s description of the pain he is suffering and how his injury has affected him, there is speculation that Murray is suffering with a labral tear and articular cartilage damage – which will most likely require surgery to fix. This problem is likely to mean that there is a tear in the cartilage that surrounds the socket of his hip joint.

Implications of this diagnosis

The stress that Andy Murray’s tennis career has put on his joints over the years will have been the contributing factor to this damage. The problem may have been exacerbated by extra bone growth has occurred beneath the ball of his hip joint, and this will be limiting the amount of movement possible from the joint.

What this means for Andy Murray is that it will be getting increasingly more painful to move the joint effectively and he is probably suffering from some loss of movement in the joint as well.

This growth can be fixed with a form of keyhole surgery called arthroscopic surgery, whereby surgeons can remove the new growth and hope to restore movement effectively to the damaged joint. It is, however, a tricky operation, one that is far more complex than the same operation on a knee joint, and it typically takes patients a lot longer to recover from, compared with an arthroscopic knee operation.

The concern for many will be whether Andy Murray ever regains his ability to compete at the top level if he chooses to undergo hip surgery. Although the problem he may be suffering cannot correct itself and surgery is probably an inevitability, the implications for his tennis career will be a cause for concern. BBC tennis commentator, Andrew Castle shared his thoughts on Andy Murray’s professional future: “People don’t generally, in sports like tennis, recover from this level of hip injury – assuming it’s either a labrum tear or full-on arthritis that requires a new hip.

For many people, if they have reached the stage where arthroscopic hip surgery or a total hip replacement is required to improve their quality of life, then they will need to be giving some thought to their approach to rehabilitation, so that they give their body the best possible chance of optimum recovery, following the operation.

In recent years, we’ve seen a marked increase in people under the age of 65 undergoing hip replacement surgery. In the UK, around 35 per cent of patients who undergo hip surgery are undertaking regularly sporting activity before their operation, and there is a strong desire to remain active after surgery.

In a presentation at last year’s Fortius International Sport Injury Conference, hip surgeon Mr Simon Bridle addressed the issue of returning to sport after hip surgery. He quoted a 2005 report that suggested that 56 per cent of patients stopped sport post-operatively, with surgeons advising ‘going easy on the artificial joint’.

Concerns about an increased rate of revision surgery has led surgeons to advise patients on which sports are ‘safe’ to return to. Swimming, biking, rowing or golf were considered acceptable whereas contact sports, tennis, squash or running were usually frowned upon. But is there scientific evidence for these prohibitions?

As Mr Bridle concluded in his lecture, modern hip replacements are able to restore high levels of function for patients and there is little evidence that high impact sport increases complication rate. Dangerous sports always carry intrinsic risks whether you’ve undergone hip surgery or not and although a highly active patient may see a higher wear rate, this may be a complication that patients willingly take, balanced against a return to the sports they love.

Maps were disabled by the visitor on this site.
Severe occupational strain increases risk of hip arthritis

New recategorisation of osteoarthritis could revolutionise treatment in the... Scroll to top