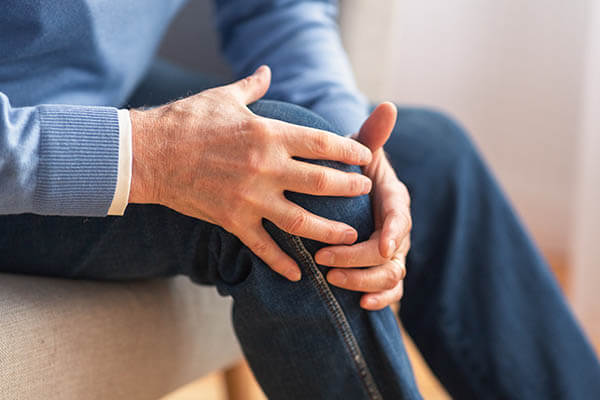 Even before the advent of COVID-19, our A&E departments were recording record waiting times and it is the same for many overstretched GP surgeries. Unfortunately, the picture is the same across so many parts of the NHS; demand for services is currently far higher than the available supply.

A new report published recently in the Telegraph claims “patients in need of a new hip or knee are increasingly being left in agony for more than a year”, which is a worrying statistic for degenerative conditions such as these, were waiting for a long time before receiving treatment can have a detrimental effect on the effectiveness of the procedure.

The report goes on to explain “the figures show that in 2018/19, 55,251 patients waited at least 18 weeks for hip and knee surgery – a more than doubling from 25,704 such cases in 2013/14.” While this in itself is frustrating it also means that a large number of people who are eligible for a hip or knee replacement are having to wait while experiencing significant pain in their failing joints. According to data published by the Daily Mail, the pain experienced by some is excruciating, and the waiting times are just not sustainable. “Some 19 per cent of those waiting for a hip replacement were in extreme pain. The figure was 12 per cent for those waiting on an artificial knee…The level is so poor it is defined by experts as ‘worse than death’ – more painful than chronic health conditions such as diabetes, heart failure or lung diseases.”

How concerning is this?

To contextualise the scale of the problem, there are around 175,000 hip or knee replacement operations carried out in England, Scotland Wales each year. Eligibility for the procedures is generally because the cartilage that holds the hip or knee joint in place has started to disintegrate or become worn away. There are a variety of different factors that can cause this to occur, but a it generally occurs in older people whose joints have naturally undergone more wear and tear or those who have developed conditions such as osteoarthritis. Some younger patients who are particularly active in high impact sports can suffer as well.

Hip replacements are typically carried out amongst those aged 60 to 80 (although there are increasingly younger patients who are in need of this type of procedure too). Once a patient has reached the stage of needing one of their joints replaced, their mobility will be impaired, and it is likely that they will be in a significant amount of discomfort. The longer they wait, the worse it will become, and the greater the chance of needing further work along the line.

This pressure on the NHS to deliver this type of surgery increases the reliance on the private sector, a development that London orthopaedic surgeon Mr Simon Bridle has noticed in his London hip and knee clinic.

Maps were disabled by the visitor on this site.
The rise of robotic hip replacements

Why you might be suffering hip pain Scroll to top