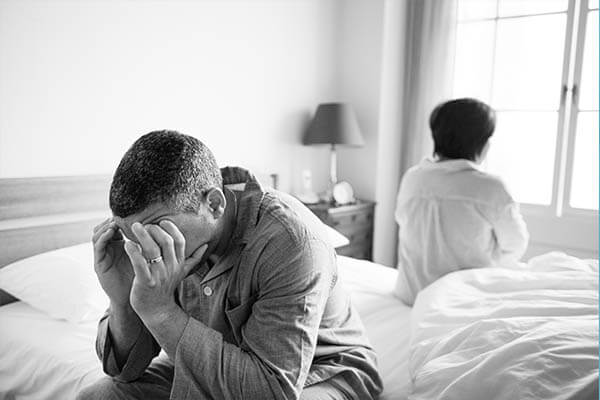 A new study has revealed the surprising benefits of undergoing a hip and knee replacement. It has long been known that joint replacement surgery can reduce pain and improve quality of life. However, now it’s been revealed that it could also benefit your marriage too.

The study carried out in Quebec, Canada, was inspired by a thank you note a surgeon received from the wife of his patient. Here, we’ll look at what the study found and the benefits a hip replacement can provide.

After receiving a letter from a satisfied spouse of one of his patients, a Canadian surgeon decided to look further into the effects joint replacement surgery has on relationships. The wife had revealed the surgery had improved their marriage and her own quality of life.

It was revealed that spouses often have to become a caregiver within the relationship when joint issues occur. This, in turn, leads to lower marriage satisfaction, poorer quality of life and, in some cases, depression.

The study included 33 couples who were aged 68 on average. The spouses largely reported the benefits of the surgery were the ability to partake in social activities together and not seeing their partner in pain. They were also able to resume their own normal life without taking on the role of a caregiver.

The effect that pain and discomfort have on patients

The main reasons marital problems can occur when a patient is awaiting a joint replacement is pain and discomfort. Arthritis within the joints can prove to be extremely painful. Not only does this cause the patient misery, but it can also limit the range of motion and disrupt their daily routine.

The pain and discomfort felt can take a huge toll on the patient. It can lead to issues with mental health, such as depression. It can also force their partner into a more caregiving role in the relationship.

Patients will also start to avoid doing the things they once loved, such as heading out to social events. It really can impact every aspect of their lives, which is why hip and knee replacements can prove to be an invaluable treatment option.

The benefits of a hip replacement

There are a lot of benefits that come from undergoing a hip or knee replacement procedure. As well as the newly discovered marital benefits, it can also:

The quality of life attained after a hip or knee replacement has often been the focus of researchers in recent years. One study found meaningful improvement in quality of life lasting at least five years’ after the operation.

So, if joint pain is affecting you – and those closest to you – a hip or knee replacement could be the answer. Arrange a consultation to discover the benefits of a hip replacement.

Maps were disabled by the visitor on this site.
Update on COVID 19 and joint replacement surgery

Evaluating the Anterior Approach to Hip Replacement Scroll to top