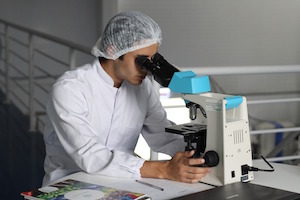 Osteoarthritis is a degenerative condition that causes cartilage in joints including knees and hips to wear away, causing restricted mobility and slight to severe discomfort. It can currently be managed, but not cured, however, treatment for osteoarthritis is costly, and not helped by the fact that, until now, it has not been possible to predict how the symptoms will progress.

There has recently been an exciting new revelation from researchers who have been busy studying the progression of osteoarthritis.

Researchers at the University of Eastern Finland have had a breakthrough in being able to predict the course of osteoarthritis in patients. In a pioneering new study that has been undertaken over the past four years, researchers have developed an algorithm that helps identify what will happen to patients with osteoarthritis, and how they expect the condition to develop.

The implication of an algorithm such as this is that it could help direct and inform treatment of patients suffering from this condition.

At present, X-rays and MRI scans can be used on patients who are displaying signs of osteoarthritis, and this can help doctors establish how advanced it is and how dense the joint cartilage has become. While this is helpful in terms of evaluating the scale of the problem, it does not give any indication whether it is likely to remain relatively stable or get worse.

The research undertaken by the University of Eastern Finland looked at 21 individuals who fell into three different groups:

Researchers were focussing specifically on the knee joints of these individuals. Each of the study participants were under the age of 65 and hadn’t had any serious knee injury or knee surgery in the past. The same individuals were involved in the study for four years, and during that time the new algorithm correctly predicted the advancement of cartilage degeneration in each of the three groups.

The algorithm can also be programmed to take into account other factors that can affect the spread of osteoarthritis, such as having procedures such as an osteotomy (a surgical operation whereby the bone is adjusted to align it more accurately with a joint or different bone) or meniscectomy (surgery to remove part of the knee joint called the ‘meniscus’), or the effect of weight loss.

The research has been published and praised by nature.com’s scientific report: “[the] algorithm shows a great potential to predict subject-specific progression of knee OA [osteoarthritis] and has a clinical potential by simulating the effect of interventions on the progression of OA, thus helping decision making in an attempt to delay or prevent further OA symptoms.”

Has our love of fitness and exercise put us at risk of needing a joint replacement...
Scroll to top