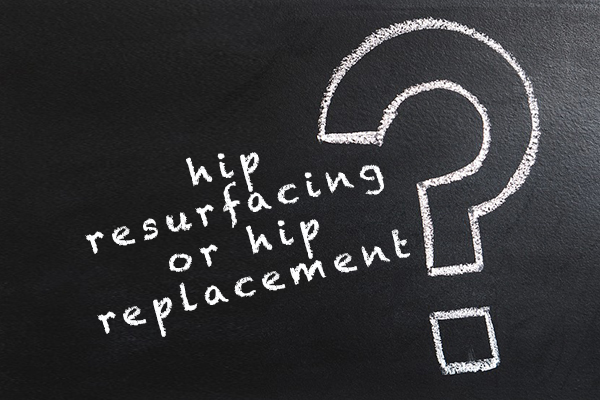 If you’re a tennis fan then it will not have escaped your notice that Andy Murray has been having some difficulties recently, and these are being caused by repeated injuries to his hip joint which have finally developed into osteoarthritis.

Murray has been suffering with the build-up of this condition for around a decade, and although he has been able to make some adjustments to his game to mitigate the pain, it has reached a point where the pain is now debilitating. This painful condition has caused the former tennis ace to scale things right back and announce his retirement from professional sport and decide to have a hip resurfacing procedure.

This is an interesting course of action, as the feeling of London hip surgery expert Mr Simon Bridle is that although this technique is widely available, it is largely unproven in terms of the benefits it brings. Here we look at some of the reasons people may opt for hip resurfacing, and some of the challenges associated with it.

What is hip resurfacing?

The technique involves identifying where the bone is rubbing together, as this is what is causing the severe pain. The surface of the bone is then replaced with metal on both surfaces, so that the metal rubs together, not the bone.  An article published in the New Scientist explains the theory: “Rather than bone rubbing against bone, causing severe pain, metal rubs against metal – while a significant amount of the patient’s original bones around the hip area remain intact.”  The technique became very popular in the early 2000s, especially in younger patients.  However, some implant designs performed poorly and this led to a high revision rate and far fewer of these procedures being done.

This is actually not the case. Although the work that is done to the existing hip bone is lesser, the surgery to put in the new metal surfaces involves the same amount of invasive surgery as a total hip replacement, as full access to the affected hip joint is still required. The procedure simply takes less of the bone away – in total hip replacement both the top of the thighbone and the socket it which is sits are replaced with artificial materials, whereas in hip resurfacing the head of the femur is typically smoothed down and covered with a metal cap and a layer of metal is placed in the pelvic socket.

This is also a common misconception and not proven. The immediate operative risks are the same.  The biggest concern with hip resurfacing remains the generation of metal debris, which can damage the bone and local soft tissues and also migrate into tissues throughout the body.

There is little evidence that hip resurfacing performs any better than conventional hip replacements. Most surgeons will allow patients to return to similar levels of activity, no matter what type of hip has been put in and the type of hip seems to make little difference to the sporting activities which patients are able to return to.

Nevertheless, the publicity associated with a high-profile sports star like Andy Murray choosing this treatment for his hip osteoarthritis means that awareness of hip resurfacing will grow again. If you are weighing up the decision of a hip replacement versus hip resurfacing, you can expect to find a plethora of information about Andy Murray’s experience and his decision to opt for hip resurfacing. We would strongly recommend speaking with a hip surgeon before making the final decision.

Maps were disabled by the visitor on this site.
Your knee or hip replacement may last longer than previously thought