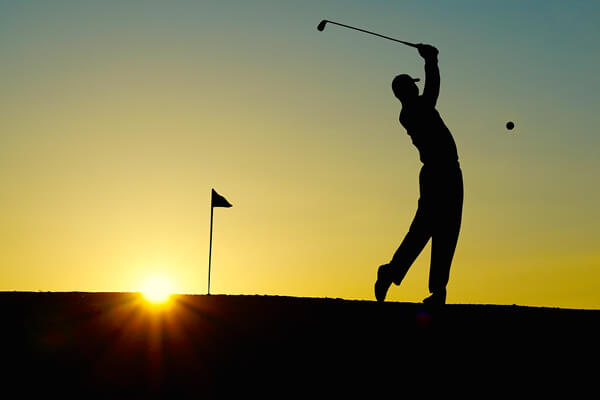 Over the past decade, there has been a marked increase in younger, more active people needing total hip replacement surgery, and this increase, in part, is thought to be due to the physical activities that people are choosing to do in their spare time. People who regularly play sports such as golf, tennis, athletics, gymnastics are much more likely to have put significant strain on their hip joints. The reason for this is the amount of stress that these joints are regularly subjected to.

Golfers put a lot of pressure on their hips while swinging clubs, tennis players struggle similarly. Those who choose athletics such as hurdles also find the motion of the stride really pushes their hip joints to the limit.

Hip replacement surgery is recommended for many who are now suffering from degenerating hip joints. The surgery is highly successful and often will revolutionise life for those who have been struggling with pain, limited mobility and restrictions in terms of what they can do/enjoy in their spare time. A new study has looked at hip replacement and golf and discovered some interesting findings.

Looking at the impact on the golfing community

According to a report published recently in Golf365, one in nine golfers who underwent hip replacement surgery went on to play the same amount of golf as they were able to before they began experiencing hip difficulties. Not only that, just under half said they were actually able to enjoy more. The results are from a survey commissioned by Europe’s biggest online golfing community, HowDidiDo. The community comprises almost half a million golfers, 3,500 of whom had hip replacement surgery.

The hip replacement and golf survey was designed in collaboration with orthopaedic surgeon Peter Hughes, who is Medical Officer and Orthopaedic Surgeon to the R&A, the ruling body for golf worldwide outside of America and the organiser of The Open. In summary, the survey “looked to establish how arthritis affects players before replacement and how they cope and continue to play; how their game and handicaps deteriorate, or not; how their game responds to the replacement; how long it takes to get back to practising and competitions; how much they improve; and what facilities clubs have to help them return to playing. Further questions covered general physical and mental health.”

Armed with this wealth of new data, researchers were able to assess how soon golfers felt ready to return to the sport and the ease at which they made the transition back into sport. Results were encouraging, suggesting that almost two-thirds were able to take shots just three months after their operation. Over three quarters were competing at club level again within six months. Most encouragingly, “70 per cent said they rarely or never felt pain during or after golf – a hugely impressive statistic given they had each undergone some form of joint replacement.”

Despite this research reflecting the golfing community, the same outcomes could be expected amongst those who regularly enjoy sports which push their joints into unnatural/extreme positions. If you’re worried about the health of your hip joints and are concerned that they have become damaged or worn, this does not necessarily mean that you will no longer be able to enjoy the leisure pursuits that you enjoy.

Although the Covid epidemic continues, elective surgical services are returning to normal.

Pathways have been established to avoid Covid infection in our surgical patients, as this can be very serious. So far this is going well. At the moment some private hospitals remain contracted to the NHS and this does continue to delay surgery for joint replacement patients to an extent. We are starting to get more patients through and are hoping thing will return to normal in the next couple of months.