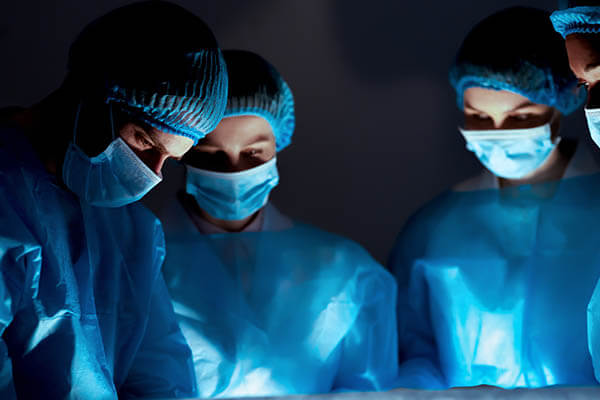 The anterior hip replacement is not a new concept in joint surgery, but in recent years it has become more popular, partly due to it being promoted as ‘less invasive’, with surgeons even promising patients they will be up and about in a much shorter timescale compared to traditional hip replacement.

As a result, patients often present at their consultation, requesting this type of surgery, but it is important for them to be fully informed of both the potential advantages and the disadvantages of the anterior approach to hip replacement. In fact, two recent large-scale studies have indicated a higher complication rate.

The difference between anterior hip replacements vs the traditional approach

The main difference between these two approaches is the location of the surgical incision. The anterior hip replacement entails an incision at the front, anterior meaning ‘front’, whereas a traditional hip replacement will usually involve an incision either at the side, known as a lateral incision, or from the back which is a posterior incision.

There are fewer muscles situated at the front of the hip and the surgeon can access the joint between them, rather than having to cut through muscle fibres or detach the muscles from the bones and then repair them at the end of the operation. The length of the incision is the same, but the anterior approach is considered to involve less damage to the muscles and soft tissues in the hip, making it ‘minimally invasive’ in comparison to other approaches.

The advantages of the anterior hip replacement

Incurring less trauma to the muscles and soft tissues of the hip during surgery is thought to result in less post-operative pain and an easier recovery in the initial weeks after surgery, making it seem more advantageous in comparison to traditional hip replacement.

However, as with any surgical procedure, there are always potential complications and recent large-scale studies have found that the anterior hip replacement approach could actually have a higher risk of complications and it is important patients are fully informed of these before making a decision on surgery.

Understanding the disadvantages of the anterior hip replacement

Last year’s Frank Stinchfield Award in The Bone and Joint Journal was given to a large-scale comparison of prosthetic joint infection rates. Comparing the direct anterior and non-anterior approach total hip arthroplasty, a review of 6086 patients found a higher rate of infection in the anterior approach.

Published in the March issue of the Journal of the American Medical Association, a study of over 30,000 Canadian hip replacement patients looked at major surgical complications within one year of the initial procedure. The study’s authors found a ‘small, but statistically significant increased risk of major surgical complications’, such as infection requiring surgery, dislocation, or a need for revision surgery.

An easier, less painful recovery will obviously be highly attractive to patients and that’s often perceived as one of the main benefits of the anterior approach, but a recent study casts doubt on the validity of this claim. In a study published in the Journal of Arthroplasty earlier this year and the recipient of the AAHKS Clinical Research Award, there was no evidence found of superior early patient-reported pain scores after anterior hip replacement and there were no differences found between the anterior, posterior or lateral approaches beyond one year, ‘indicating that patients reach similar final symptom states, regardless of surgical approach’.

Between surgeons themselves, the anterior approach is perceived as more technically challenging and it is essential that you choose a surgeon has undergone extensive training and has a great deal of experience in this approach if you’re still considering this option.

For more advice on the advantages and disadvantages of the anterior approach compared to traditional hip replacement, call 020 8947 9524 to arrange a consultation with London hip specialist Mr Simon Bridle.

Maps were disabled by the visitor on this site.
New Study Finds Hip and Knee Replacements Could Benefit Your Marriage