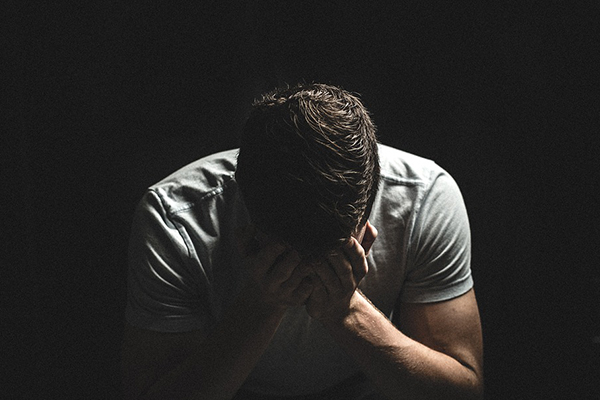 Scientists are always looking for links between conditions, as a way of understanding how and why they interact and establishing the cause and effect of different disorders. The results of an interesting new study have found hip arthritis is more prevalent in those suffering from depression – for many years it’s been thought that depression is a risk factor for those suffering from joint pain but now the suggestion is that the converse might be true.

What came first, chicken or the egg?

The challenge for scientists has always been establishing the order effect of these conditions. There has been a recognised overlap between these two conditions for many years, as both are prone to affect people as they get older. Arthritis causes symptoms such as pain and restricted mobility, and due to its degenerative nature, this can cause many sufferers to feel depressed.

However, researchers have recently published findings suggesting that those first suffering from depression are much more likely to develop arthritis. The research team, based at Dartmouth College in the US, revealed: “arthritis is more common among depressed patients than those who were not suffering from the mood disorder, suggesting that depression may be a risk factor for arthritis, too.”

The research team assessed data from almost 5,000 patients over the age of 50 and looked at those who were diagnosed as having mild, moderate and severe depression, and also a control group of those without. The links they found were conclusive, those with more severe depression had a direct correlation with the incidence of arthritis.

The concern for medical practitioners is whether or not patients are receiving suitable care for both of these complaints in parallel, as many experts are concerned that the mental wellbeing of patients may be overlooked is favour of treating the physical symptoms associated with recovering from operations related to arthritis in hip joints.

Jessica Brookes, PhD, from the Geisel School of Medicine and Centres for Health and Aging comments “depression is highly prevalent yet one of the most undertreated and poorly understood psychosocial factors associated with arthritis, with nearly half of older adults with both chronic pain and depression receiving either inadequate or no mental health care.”

Interesting overlap between mind and body

The links between mental and physical conditions are fascinating and research into the connections between the two can enable scientists to learn much more about the body and mind and how they affect one another. “The more we learn about various diseases traditionally thought to ail the body and the mind, respectively, the more scientific study supports the notion that the two categories are not so separate.”

It has long since been recognised that your mindset can play a really important role in recovering from any illness, as a positive mental attitude and positive outlook can have a surprising effect on your overall wellbeing.

People who approach their recovery from operations such as total hip replacements with a positive attitude have been found to enjoy a quicker recovery period compared with those who adopt a more negative mindset. The Journal of Bone and Joint Surgery reports “it is well established that the emotional health of the patient influences the outcome of many common orthopaedic surgeries… Poor functional outcomes [of orthopaedic operations] have been correlated with poor emotional health, such as anxiety, depression, anxiety, poor coping skills and poor social support.”

Maps were disabled by the visitor on this site.
A gender issue: women and hip replacement surgery