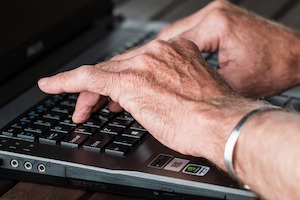 All ailments cost money to treat, but often the true cost is only known by medical professionals, with the general public unaware what the larger scale costs are of treating and curing conditions. It’s often not until someone does the maths and shares this information publicly that we have any idea how expensive it is to treat, cure and manage different conditions.

That’s exactly what happened recently thanks to the UK’s leading arthritis charity, Arthritis UK, which shared its research into the true cost of arthritis on the nation’s health service. Key findings illustrated by the report include the following:

Cost of arthritis to the UK economy and to individuals

It is also reported that arthritis-related conditions cause over 30 million sick days every year, indicating the true scale of the condition for employers who are having to cover this shortfall. Not only that, at a time when professions are struggling to recruit newly qualified workers, yet also risk older members of staff retiring early, it is believed that one in four people with the condition give up work or retire early. This is exacerbating the recruitment/retention challenges experienced by many industries.

The challenge that arthritis suffers face is that due to a relative lack of awareness of the condition, it is sometimes overlooked and considered just a normal part of the ageing process. Whereas aches, pains and general joint stiffness are something that can be expected as we grow older, the comparative discomfort and lack of mobility caused by osteoarthritis or rheumatoid arthritis is severe.

Arthritis UK would like the condition to be regarded more seriously by the UK government and given access to greater levels of funding to help treat and manage the condition. They claim that the condition should be given the same priority as other conditions such obesity, that are managing to build awareness – both of the condition itself and the ways in which to help those who are suffering.

A problem that is unlikely to go away

Unfortunately, osteoarthritis rates show no signs of improving as we move from generation to generation. Decades of medical records combined with some pioneering ancient skeletal assessments allude to a concerning trend with regards to the prevalence of arthritis. Medical Daily reports that “Individuals born after World War II are twice as likely to develop knee arthritis, also known as knee osteoarthritis, than those born in generations before them”.

This recent arthritis study has yet to conclude what is causing the increase, but the rate at which it has been increasing suggest that there is more to this than simply lifestyle factors, such as people living longer and those who are carrying excess weight. Although these undoubtedly have a role to play, the patterns suggest there is more to this than meets the eye.

Arthritis UK would argue that figures such as this compound the necessity for arthritis to be taken more seriously as it is not something that is going to go away on its own.

Maps were disabled by the visitor on this site.
Why a dog could be the perfect prescription to age-related health concerns Returning to sport after hip replacement Scroll to top