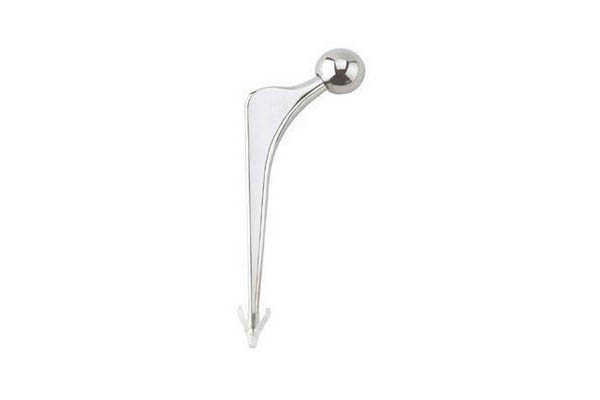 The Exeter hip replacement stem (the part which is fitter into the thigh bone) is celebrating its 50th year anniversary. The implant has now been used in over 2 million patients across the world, making it one of the most widely used and successful stems on the market.

Here, we’ll look at the Exeter hip replacement and how it came to be one of the most successful treatments of its kind.

What is the Exeter hip replacement?

The Exeter hip replacement is a cemented femoral hip system. It is designed to be used in all types of patients, including revision procedures. The stem has changed very little over the years, underlining the success of the design.  The last modification was in 1988, when the trunnion (the top of the stem is fitted) was modified for a number of reasons, including to allow the use of ceramic heads.

It offers a variety of stem sizes, lengths and offsets, ensuring that the implant fits the patients’ own anatomy, so can be used for a wide range of patients. The system has been so successful that it has earned a special commendation award from the British Orthopaedic Association. It is considered by many to be the gold standard in hip replacement techniques, offering patients a hip which reproduces their own anatomy, gets them back to normal function and has a good chance of lasting a very long time

Where it all started

The Exeter hip replacement was developed by engineer Dr Clive Lee from the Exeter University, and Robert Ling, a Professor and NHS surgeon.  The problem with artificial hip is that they eventually loosen.  We now understand that this is largely as a result of the wear debris which they produce, eventually damaging the bone supporting the implant.  The Exeter was originally designed with a polished surface and a taper.  We now know that this loads the cement in a way that it is much less likely to fail, so the bone is much less vulnerable to any wear debris which is produced.

The first implant using the Exeter hip replacement technique, was carried out on 27 November 1970. It has now been used in over 2 million patients and has shown to have a 99% success rate in patients after 23 years according to a 2016 study.

The benefits of the procedure

There are a lot of benefits associated with the Exeter hip replacement method. Its long-term effectiveness is by far one its biggest benefits, with many studies and the UK National Joint Registry confirming that this stem has a very good chance of delivering a good chance of long-term success for the patient. This means of course means that patients are less likely to require revision procedures later in their life.

The cost of producing the implant is relatively low compared to other systems, which makes it a good choice in the current economic climate. It has been shown to be just as effective in younger patients as it is in older ones, with good long term survival even in this demanding group of patients.

Mr Simon Bridle recommends the Exeter hip replacement to his patients. To learn more about this procedure and its benefits, call 020 8971 8026 to book a consultation today.